Preikestolen is one of Norway's famous touristtrapslocations, it's a hiking trail that ends at the Preikestolen (Pulpit/Preacher's Chair), a slab of rock hanging over the Lysefjord fjord. There's also the Trolltunga (Devil's Tongue) east of Bergen, which is similar just a lot smaller. But we didn't go there.

We had planned the entire day for our trip to the Preikestolen. It had been advertised as a serious achievement, and we weren't that familiar with such hikes. With a mix of GPS navigation and following the signs, we took the "backdoor road" Fv316 (instead of the main road Rv13). This led us through windy hills, small roads and sheep on either side. A far better idea than the highway. Both roads end up in the village of Lauvvik were we took the ferry to Oanes, a 10-minute trip. After the ferry ramp you make a sharp turn and go through a tunnel to the other side of the mountain. After a short while you leave the main road again and take a smaller "mountain road". Here we ended up in a tiny traffic jam; this meant it was the right location.

From the parking space you walked up the road and then turned left into the area. It was crowded, doable, but crowded.
My girlfriend and I didn't really care about it. I was getting a little annoyed on the way back though, because some people are really slow and have no sense of their surroundings i.e. take up the entire path, think there's nobody behind them and just selfish behaviour in general.
We were wearing shorts, multiple top layers, had some water and food with us and of course our hiking boots. You'd think we fit in, but we were the odd ones out.
Entire busloads of Chinese and/or Japanese tourists were there in stylish city clothes. One gentleman was even dressed in a suit, he was also the one that slipped on the rocks at the little waterfall.

The hike was nice, it had forest paths, stepping-stones, broken up rocks and even a wooden path through a swamp like area. The first 20 minutes were like that, then we started on the "mountain" part. At one point we had to cross a waterfall with rocks in it, which was a giant bottleneck for the under dressed. After a while I got the hang of it and by example of a brave little girl I too went slightly off the path and used giant boulders to go forward. My girlfriend wasn't that keen on it, so I had to wait up sometimes.
After another 20 mins the path got wider, we were walking on plains, less of an angle and the density of tourist reduced, luckily.

It was then that we had walked for over an hour and finally saw a sign..
"Great, we must be really close now!"

We were barely at 45% of the way! This came as quite a shock. We weren't overly tired and we were still super motivated; it was fun. But all that walking and not even half way there? Yikes!
Time for lunch then. We looked for a nice remote area where we could look down in the valley (not the fjord) and slightly away from the tourists. As we were eating our sandwiches we looked into the distance, it was so weird to focus in on a single tree and imagine that it's just one tree and then look all around the valley and see nothing but green. In the distance we could see a proper waterfall, where the water dislodged from the side after a few meters and just free falls down in cloud of white mist.

The last 55% of the route seemed to go a lot quicker, in the beginning it was still wide so we could easily overtake people and the average pace seemed to be higher as well. We passed by some little lakes and in some of them people were swimming or just wading through. The last part of the route was pretty steep, but smooth stony terrain. There was one little nook where trash seemed to pile up in a little out sticking part of the mountain and little "tornadoes" kept it there, a really weird phenomenon.

Just before the Preikestolen rock itself, you have to turn around a small ledge, also quite a bottleneck. But after that you can see the rock itself and you know why you came. You're more happy about the fact you made it than being able to stand on the rock.

We're both not afraid of heights and we ventured towards the edge. But standing there at 1.80 meters on your wobbly 2-hour walk legs is a pretty weird situation. So we went to sit down, like a lot of people. Then creeping forward and trying to dangle your legs from the cliff, trying to impress your girlfriend who's actually more afraid you'll fall. Later I went to lie on my belly and peek over, the cliff face wasn't that vertical. I was however lying on a bit of a sloped down area, which made it feel a little more dangerous, but frankly if you could find a place near the edge, you had to take it. We sat back a bit and enjoyed the view, you're sitting in a corner of the Lysefjord and can look really far both ways. We even saw a sightseeing boat and its white wake in a super icy blue fjord. Later we moved back even more, to the rock face, to take a break and give other people the opportunity to sit on the "tongue".

The way down was a lot quicker, thanks to our little friend gravity. We managed to do that in 1.5 hours. As opposed to the 2.5-hour climb up. Taking off the boots in the car felt nice and changing in to dry clothes made it even better. We were tired, sure, but super content and felt great. We drove back to Stavanger and relaxed a bit. Tomorrow our road trip would continue!

On day 7 we went north, on our way to Bergen. This leg of the journey would use 2 long ferry rides; Mortavika-Arsvågen (25 minutes) and Halhjem-Sandvikvåg (40 minutes). After the first ferry and some more driving, we realised we needed more cash money for the next ferry and decided to call it a day, relatively early.

Asked the GPS for nearby campings and found a really lovely one, hidden behind a narrow dirt road.

The camping was called Sponavik and was owned by a nice man. He had recently updated the site with a brand-new building for sanitation and washing.

The grassy field was where we could set up our tent. For a car and tent you only pay 160 NOK, which was the cheapest camping we encountered in Norway. It's such a beautiful location too!

Next to our field was the inlet, as you can see above, where you could swim. The water was from the glaciers, so it was pretty cold, even in July! There were a lot of plants in there as well, making swimming a little cumbersome. It was the first time we went swimming though! Across from where we set up our tent, there was a wooden picnic table. This was ideal for dinner and breakfast the next morning.

On the other side there were large rocks and a wider view of the Hardangerfjord. A good spot to go fishing and an even better spot to sit and watch the sunset with your girlfriend, after a nice* dinner on a picnic table.
*Nice as in, wonderfully cooked by my girlfriend. But the fish burgers (Fiskekaker) were pretty disgusting.

The next morning we made ourselves some breakfast, visited the supermarket in town and headed for Bergen, a big city! 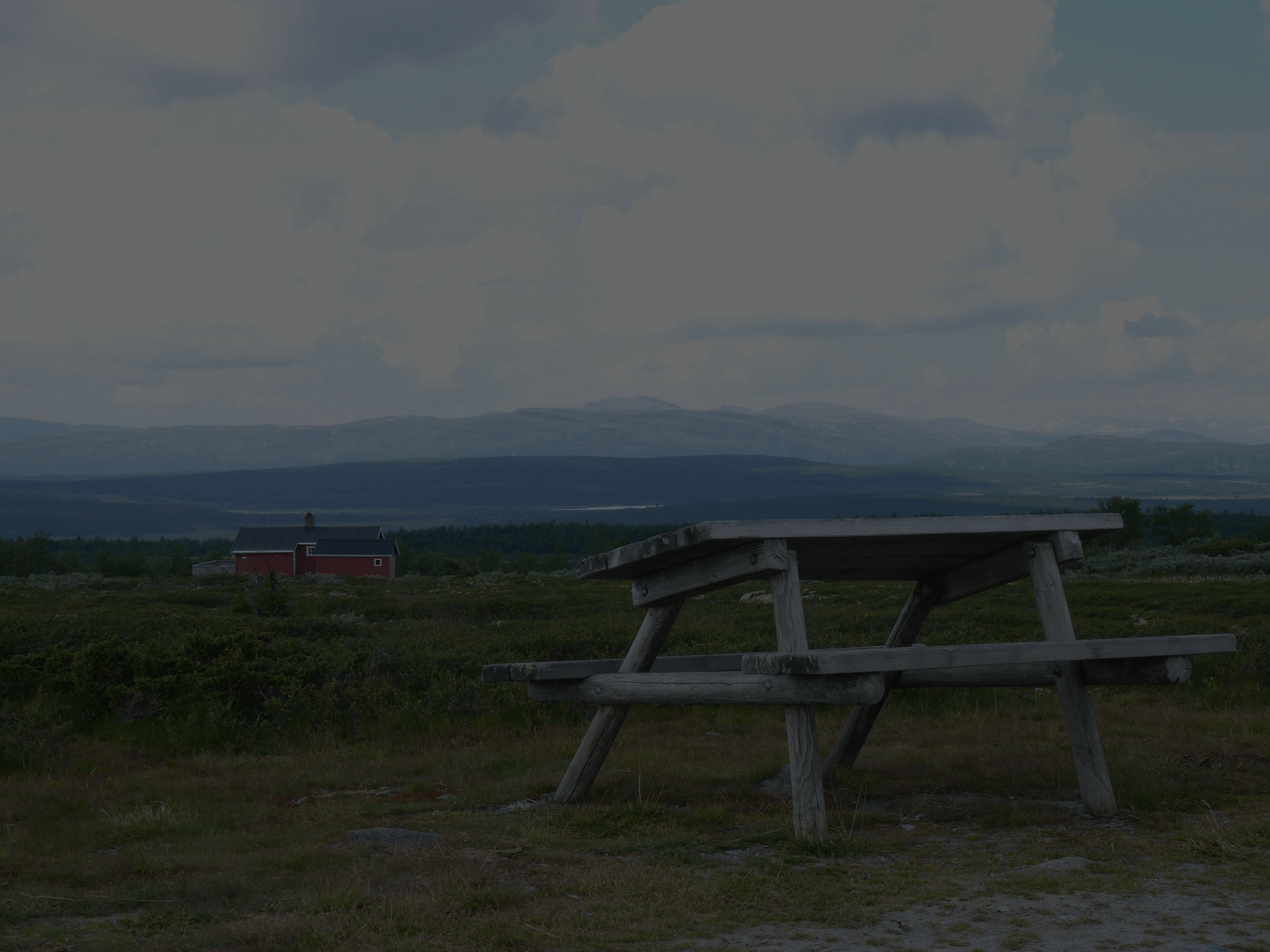 Road trip to Scandinavia 2013...
Previous »
Find any post in the archive.